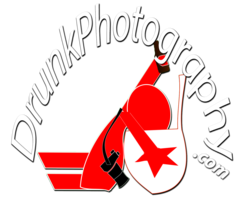 If you want to see more recent works, browse my Portfolio.

Why did I create this site?
Discretionary Income. Try it sometime. It surely wasn't because I thought I was some master photographer. A big misconception about what I'm shooting is that I'm going to these places and planning shoots.  I'm definitely NOT.  Real photographers look at this page and know that I don't because I'd go to these places under better conditions, if I were really real.  Aside from some night shots, I don't even use the tripod (I'll use a gorilla grip for max-portability). I don't even own any hot shoes for external flashes, for God's sake!  I just have to work with ambient light (whatever light is available) and it if works it does, if not, oh well!  I know, I'm trash! I'm just out and about, on vacation, visiting my peeps, at work or wherever, and whatever form of a camera I have handy, then that's what I will have to make due with.  So you see, I don't plan ANY shots I take, I take them as I feel, how I feel.  I might accidentally end up in some of these places that end up in pictures here.  I'm pretty spontaneous. So I'm really just shooting in the moment and making the most of whatever situation I'm given, wherever I happen to be. For this reason, what I'm shooting doesn't look professional, because it doesn't look formulaic, practiced or planned- but therefore doesn't look like what everyone else is producing! That is key. Quite honestly, wouldn't you prefer to live life like that?  So I shoot according to how I live my life- RUN -N- GUN style, baby.

This site was also made out of frustration, with all of these projects that GOOGLE owned or took over, and they ended up destroying, as they stole the ideas and technologies of these 3rd party projects (Panoramio, Picasa), to incorporate into their own failed projects (Google Photos , Google Plus currently) because I started this 2-3 years ago, and wanted to digitally track my voyages (like people do with physical maps and physical push pins, only digitally). So, most of what I take, I will embed GPS coordinates via various photo-geo-tagging technologies, and share so others would go travel.  Why let the NSA and Facebook (which I'm not on) have all of the fun my with data?  I wanted to track myself too. So, I had to do my own site since these other sites FAIL so much. Yeah, I could pay to use photo sites like Flickr, Smugmug etc and get analytics, but WHY???  Why not just PAY for my own site and get my own analytics and control of my own content?

Why do I shoot?
Sometimes you just want to see a place not like everyone else is seeing it, although a billion people have been there before.  Rather than trying to do like everyone else, I hope to try to do things differently.  If everyone practices photography exactly by the book, then everything starts looking exactly the same. That's all I'm seeing today, everything looking exactly the same, it's boring and uninspiring when I look at most photography. So I'm shooting to try to make photography fun again, or at least for me. I consider it really boring. Photography is number #50 on my top hobbies list.

So I decided to start seeing the world through a different eye, the 3rd eye, which is a cheap camera.  While many buy cameras to show off their gear and participate in the arms race that is buying accessories, with hopes of showing off to people and pretending their work is so good only because they used expensive gear, I look at the output of these folks and don't always see the fruit of their labor.  Ok, your photo is super sharp but wtf is it?  I also know too many with these expensive cameras, and they don't use them but once or twice a year, if lucky.  I aim to not be like any of this lot, and I surely am not going to go broke trying to play around with expensive cameras I'll never use. My work sucks? Sure, but it sucks MY WAY and with inexpensive gear!

Another reason I practice photography is that  the camera is a method used to achieve relaxation, and can induce a sense of calm parallel to that of meditation. As a practitioner of Transcendental Meditation, I know about thoughts that bubble to the top of the mind and can derail your progress, and I sought to make photography a constant, automatic jolt of energy and relaxation for myself.  When you're out and about, shooting, there are no troubles bothering you, there are no other thoughts coming to mind which take you out of this form of meditation. I've almost died multiple times while taking some of these pics, though, from almost drowning in  bodies of water in pitch black conditions to almost being run over by CSX trains in 2 directions at once. I'm in a zone where neither time, nor breaths of annoying people exist, unless they're the subject of a particular scene I want to capture and convey. Coming from an incredibly rude city, where everything is fast-paced, inconsiderate, noisy, and every 1 bedroom apartment has at least 4 people living in it, it's important to find a creative outlet which removes you from an anxiety-producing background.  I seek to show people that they can achieve this through photography.  The ability to create something other than a  mess of unwanted babies, is liberating.

When I shoot, I'm not trying to show off technique, or camera gear, I'm trying to get people to want to get up off of their humps and go practice photography as a form of expression and release.  When someone looks at my brand of photography, they're not happy because of the use of over-saturation of colors, they actually want to go the place I shot, or they have a lot of curiosity about the subjects. Maybe you will become inspired too.

LIKE WHAT YOU SEE? give a shout-out via social media!

I come from a drawing background, so I'm using that perspective to perform the photography I do.  I look for comedy, irony and beauty where normally, others might not see them.  I found out that Professionals hated my work, because photography is for serious people with expensive cameras blah blah blah BS!  That used to bum me out.  One day, on a boring part of a trip I took, I had one too many drinks and went out on the streets of a foreign country, to take pictures. I threw up all over my gear, and a very nice shiny floor of a government building, in Ecuador.  I could only laugh hysterically, as I was 'helped' out the door by security, and never allowed to come back in.  I took some of the worst pictures I ever produced on that trip, and didn't give a damn that composition was off, light metering was off, or what the grand daddies of photography would think.  I quickly realized that all I need is a drink, my camera, and I'm good!  ... BOOOOM! Drunkphotography.com was born. 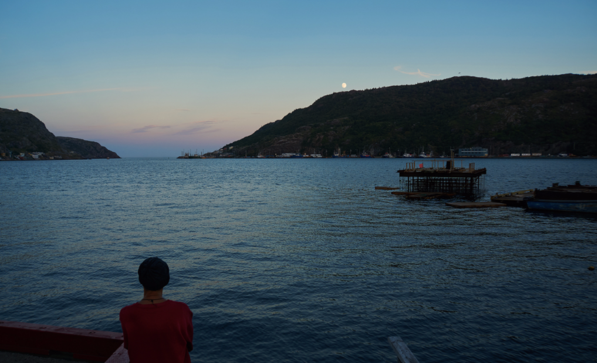